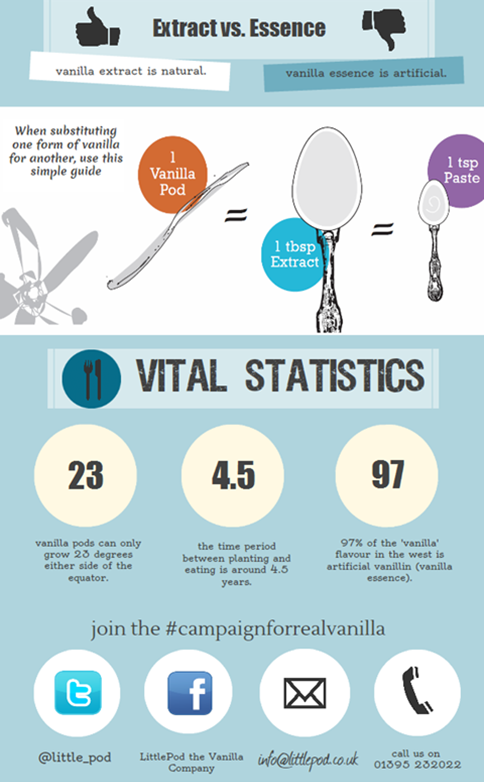 "We're on the precipice where we could lose real vanilla within a generation if we don't act now" - Patricia Rain, Sustainability Expert dubbed 'The Vanilla Queen' by the vanilla farmers

What can we do:

1. Use real vanilla in our kitchens (it tastes better anyway!)

3. Educate others on the difference between artificial vanilla & real vanilla

The story of real vanilla